In Hortico’s online shop e-HORTICO.pl as well as Company’s garden centers, the retailers can enjoy a wide selection of plants and horticultural products for both amateurs and gardening enthusiasts.
Read more
Poprzedni Następny
HORTICO S.A. » News

15 February 2021 | News
HORTICO S.A., as Grodan brand distributor, each year provides professional gardeners with the highest quality substrate for precise greenhouse cultivation. Continuing the long-standing tradition, this year we also carried out the so-called “Summer promotion”, which allows the most anticipating hosts to purchase the substrate on more favorable terms. When ordering the goods, producers think about […]
Read more

15 January 2021 | News
In the horticulture industry, the beginning of the year is an impulse for increased work and, at the same time, for the last purchasing decisions before the upcoming season. At this time, HORTICO S.A. always organizes its HORTICO FAIR, this year the 18th edition of the trade event was held between 9-11 of January 2020 […]
Read more 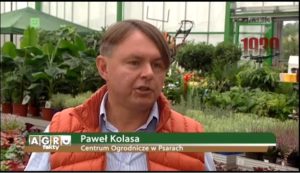 6 September 2019 | News
From the last program AgroFakty recorded at PSB Mrówka in Psary broadcast on September 1, 2019, viewers could learn, among others whether to plant plants in the fall, how heathers differ from heathers and what seeds are worth sowing now. We invite you to watch the material on the TVP3 website.
Read more 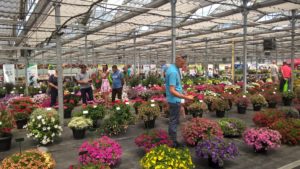 5 July 2019 | News
Plantpol Open Days, organized every two years, were held in Zaborze near Oświęcim on June 28-29, 2019 Over 600 variants were presented, including many new products, a rich collection of perennials and ornamental grasses, a wide range of herbs and inspiring arrangements of balcony and bedding plants in the show garden. There were also lectures […]
Read more 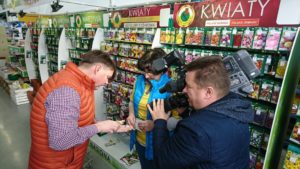 20 March 2019 | News
As announced, on Sunday, March 17, 2019, on TVP3 Wrocław, viewers can watch another program from the Agro-Fakty series produced at the PSB Mrówka market in Psary. Because nature is slowly coming to life after winter now is the best time to start the gardening work. Our specialists have pointed out that the next few […]
Read more

14 March 2019 | News
This Sunday, March 17, 2019, on TVP Wrocław at 10.50 am, you will be able to watch another program from the Agro-Facts series executed in PSB Mrówka market in Psary. This time, specialists will advise on how to properly prepare our home gardens for the upcoming spring. We cordially invite you in front of the […]
Read more 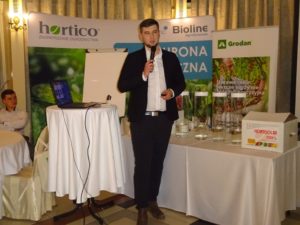 Meeting with under covers vegetable producers 21/02/2019.

5 March 2019 | News
On February 21, 2019, a meeting with under covers vegetable producers was held at the Tłokinia Palace in Tłokinia Kościelna. As many as 140 customers from the Kalisz region participated in it. The organizer of the event was Grodan, which in 2019 celebrates its 25th anniversary in Poland, as well as HORTICO SA, which is […]
Read more 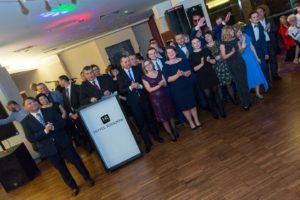 24 January 2019 | News
The 17th HORTICO Fair (January 11-13, 2019), which with its flourish confirmed the significant position of the Company on the Polish horticultural market, is behind us. This edition will undoubtedly go down in history due to the records that have been broken. During the Fair, not only 25% higher sales record in comparison to the […]
Read more

7 January 2019 | News
HORTICO S.A. was awarded the title of Business Gazelle for the fifth time. The ranking, organized since 2000 by Puls Biznesu daily, is the oldest and most recognizable ranking of this type in Poland, gathering the most dynamically developing small and medium-sized enterprises. This year, the company was placed in the position of 3,259, improving […]
Read more 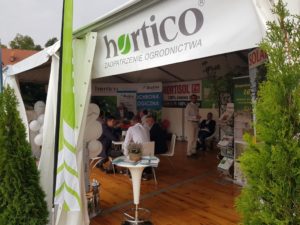 19 September 2018 | News
On September 14-15, 2018, the 20th Horticuturist’s Days took place in Gołuchów near Kalisz – an international event organized by the Greater Poland Agricultural Advisory Center in Poznań. About 200 companies from Poland and abroad took part in them, presenting the latest means of production and technologies for horticulture. The fair was supplemented by thematic […]
Read more
12345...10...»Ostatnia »